A new step towards corona detection 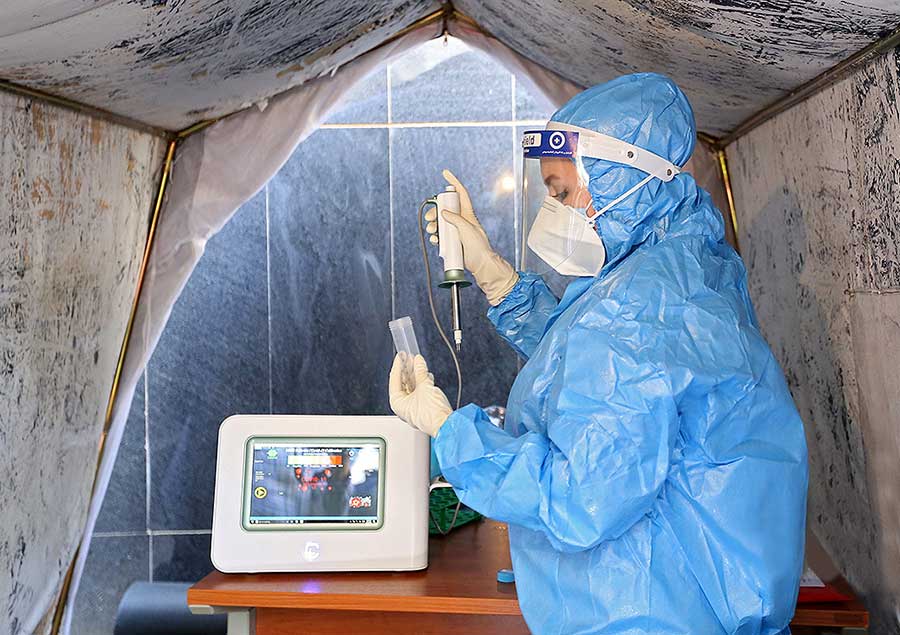 According to a report by the Nanotechnology Development Headquarters on Monday, Dr. Mohammad Abdolahad from the Nanobioelectronics Laboratory of the Faculty of Electrical and Computer Engineering, Tehran University, spoke about this device: “In an article, we showed how Reactive Oxygen Species could be used to diagnose lung diseases. Increased ROS in sputum is one of the indicators of corona disease.” “In corona patients, even when the symptoms of the disease have not yet been revealed, the amount of Reactive Oxygen Species in the patient’s sputum changes, and this sensor can use this indicator to detect the presence of disease. The increase in ROS in sputum can be attributed to the body’s inflammatory function in the virus presence. The cellular activity also causes the formation of reactive oxygen species during exposure to the virus.” He stated.
The faculty member of the Electrical and Computer Engineering, Tehran University, added about the development of this technology and its commercialization: “This project is in the commercialization stage, and so far this technology has been tested on more than 600 patients in Imam Khomeini, Loghman Hakim, Imam Hossein, and Noorafshar hospitals, and positive results have been obtained. Currently, this technology has been commercialized in Nano Hesgar Sazan Salamat Arya Company. The device’s test results collected have been sent to the relevant organizations to obtain the necessary licenses.”
“This device can be used to diagnose not only the COVID-19 virus but also other lung diseases. Some diseases, such as asthma and tuberculosis, can also cause changes in the patient’s ROS in sputum that can be traced using this device.” Abdolahad said.
“This device can be used for early diagnosis of corona disease. If anyone is diagnosed with corona by this device, he/she should have additional tests. This device is suitable for general monitoring to identify asymptomatic corona patients,” He stated.
According to this researcher, this article’s publication in the second influential journal in electrochemistry shows the importance and effectiveness of this technology.
Dr. Mohammad Abdolahad received a bachelor’s degree in physics from the University of Science and Technology, a master’s degree in physics from Sharif University of Technology, and a doctorate in nanoelectronics engineering from the Faculty of Electrical and Computer Engineering, University of Tehran. He is a faculty member of Electrical and Computer Engineering, University of Tehran. Over the past four years, he has filed 20 US patents. Also, he published more than 50 articles in the world’s most prestigious scientific journals, most of which are related to cancer diagnosis methods.